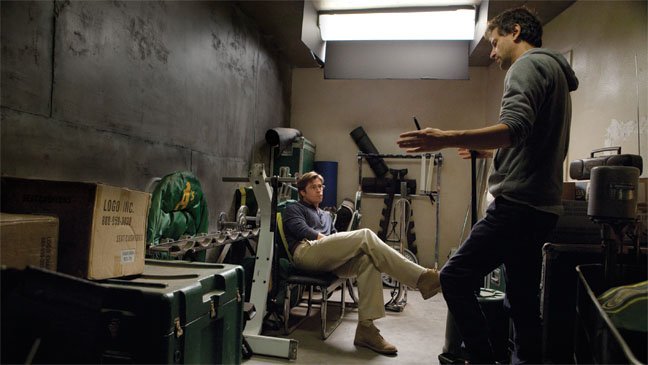 Years ago, the mantra for actors was wanting to direct. In the last couple of decades, though, that mantra seems to have transformed into, “I want to produce!”

Directing a film is one thing; running a successful business is quite another. Like any business, whether it’s started because of a need in the marketplace, a desire to have independent control, or a want to take risks where another company won’t, there are plenty of things to consider before jumping head first into the deep end.

Brad Pitt, Mel Gibson and Adam Sandler have all found success with their respective studios and there are lessons to be learned with each one.

The Importance of Ownership Rights

When Pitt formed Plan B Entertainment with then wife Jennifer Aniston and Brad Grey in 2001, no one expected their relationships to crumble. But in 2005, Pitt and Aniston divorced, and Grey became CEO of Paramount Pictures, leaving ownership of the company up in the air. Luckily, all three were able to mutually agree upon Pitt taking over full ownership, but not everyone in business is lucky enough to have partners who won’t cause trouble when the relationship fails. Having a strong exit strategy embedded in the contracts when starting a business with a partner, no matter how close they may be, is the smartest way to avoid heavy financial and legal consequences should that partnership eventually fall apart.

Financing Your Own Future

A lot of businesses use outside funding from investors, banks or other credit institutions to finance some aspect of their businesses. Others, like Gibson, refuse to rely on someone else to build their brand. Gibson used his own finances to form Icon Productions, and to this day, funds the majority of development and packaging costs internally. Sometimes, outside resources are necessary to fund your business, but if you have the opportunity to build your business without investors, banks or other credit institutions, you should take the risk. Staying truly independent is the only way to guarantee your business is the run the way you want, and there’s nothing worse than getting in bed with someone who may not have your best interests at heart.

Doing What You Love

or any business to be successful, you need to have a passion for what you do and surround yourself with people you enjoy doing business with. In 1999, Adam Sandler formed Happy Madison Productions for no other reason than to have the creative freedom to produce the films he loved. One of the perks, of course, was having the power to keep all of his friends employed. Whether a film was a success or a failure, Sandler clearly has fun producing films with and for those colleagues he admires most.

No matter what you want to do, as long as you know what you want, know who you’re getting involved with, and understand the complexities of running a business, success is just one decision away.

Do NOT follow this link or you will be banned from the site!