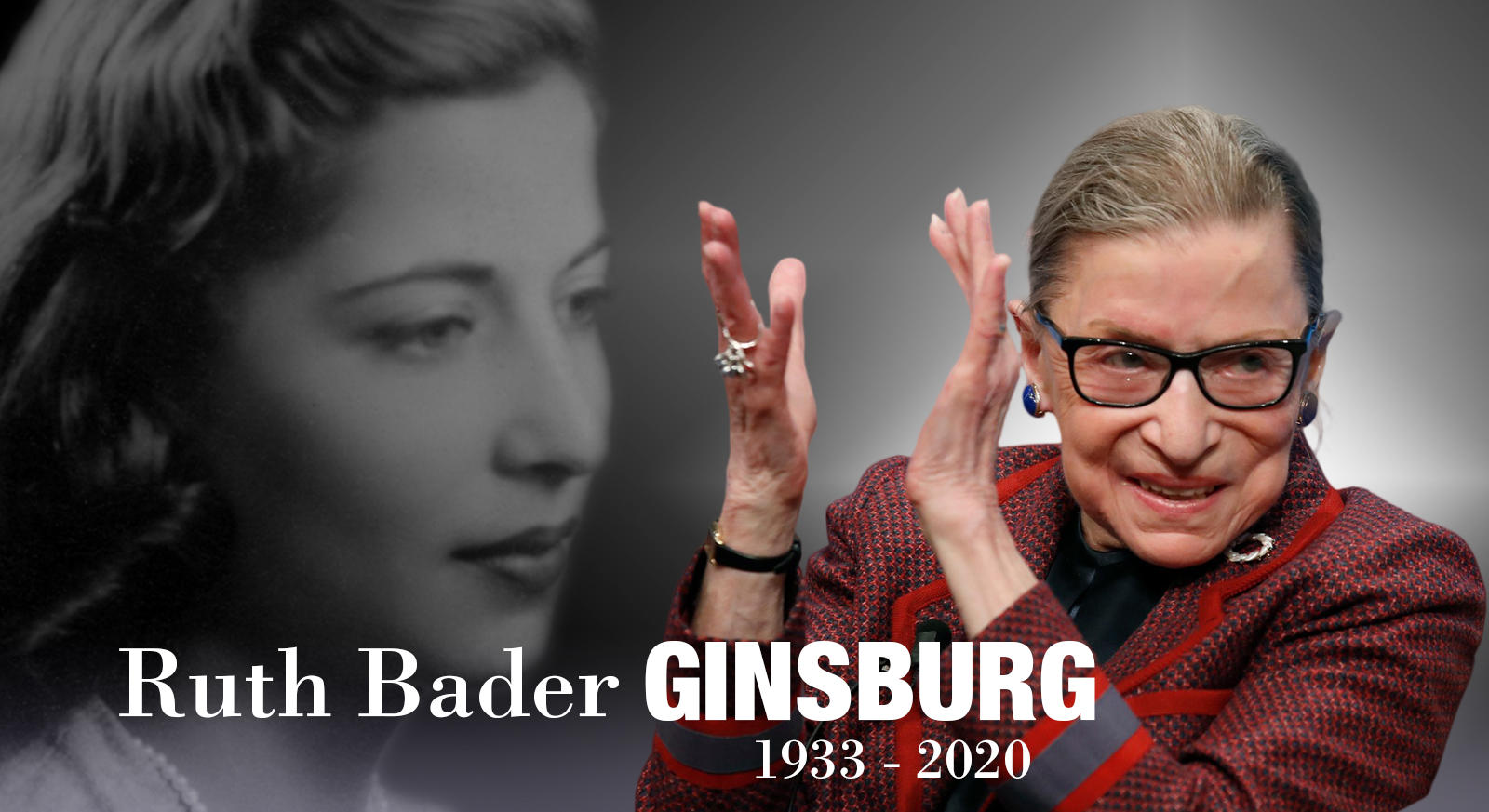 Ruth Bader Ginsburg passed away on September 18, 2020, setting off a political firestorm. Despite all that, one thing is certain: Ginsburg was a pioneer in the field of law and should be remembered for all of the good she accomplished as a student, a mother, a professor, an advocate, a lawyer, a judge, a Supreme Court Justice, and an icon.

“My mother told me to be a lady. And for her, that meant be your own person, be independent.”

Ginsburg led a relatively uneventful life until she graduated at the top of her class from Cornell University in 1954, opening the door to becoming one of only nine women (out of a class of 500) to attend Harvard Law School. There, she did triple-duty as a student for both her and her husband (who was diagnosed with testicular cancer) and as a full-time mother.

“Women belong in all places where decisions are being made. It shouldn’t be that women are the exception.”

Before landing her first job as a law professor at Rutgers University, Ginsburg spent time in Sweden as an associate director of the Columbia Law School Project on International Procedure, starting her on the path to gender equality. Shortly thereafter, she become the first tenured female law professor at Columbia Law School, co-wrote the first law school casebook on sex discrimination, and co-founded both the Women’s Rights Law Reporter (the first and only original journal exclusively for women’s rights) and the ACLU’s Women’s Rights Project.

“Fight for the things that you care about, but do it in a way that will lead others to join you.”

Ginsburg’s passion for gender equality gave her the opportunity to fight for both men and women. Of the six cases she argued in front of the Supreme Court, she won five of them, including her fight over a widower’s inability to collect social security benefits while raising minor children, and her argument against optional jury duty for women. She also wrote the brief for Reed v Reed, extending the Equal Protections Clause of the fourteenth Amendment to women, and argued as Amicus in a case favoring men over women in housing allowances for military spouses. Outside of gender equality, Ginsburg also fought hard for the equality of black and Native Americans.

“I would like to be remembered as someone who used whatever talent she had to do her work to the very best of her ability.”

Ginsburg would go on to serve on the U.S. Court of Appeals for the District of Columbia before becoming only the second female to be appointed to the U.S. Supreme Court. Over time, she became a pop culture icon, eventually earning the nickname “Notorious R.B.G.” for her incredibly impassioned dissents. Of her many honors and accolades, the most notable include winning the American Bar Association’s Thurgood Marshall award in 1999, her induction into the National Women’s Hall of Fame in 2002, and being Forbes Magazine’s 100 most powerful women for 7 years in a row starting in 2004. By the time Kate McKinnon brought the “Ginsburn” to Saturday Night Live, Ruth Bader Ginsburg had produced a legacy in life, the courtroom and the world that anyone would be proud of having accomplished.

“Real change, enduring change, happens one step at a time.”

Do NOT follow this link or you will be banned from the site!